While absent TSA agents and food inspectors might be more of a concern to the general public, the loss of access to public data is proving disruptive for those who rely on access to open data to do their jobs.

Data.gov, the federal government’s central catalog for open data sets, went offline sometime during the morning of January 9th. A General Services Administration spokesperson was quoted by FedScoop, explaining: “As data.gov is not a static site, it requires staff monitoring and maintenance to be online. Because personnel that monitor and maintain the site are currently furloughed, data.gov redirects to usa.gov. The decision to take data.gov offline is consistent with previous funding lapse practices.”

Determining what data will continue to be updated during the shutdown is tricky as some agencies were fully funded before last month’s budget negotiations stalled and some were not. The Pew Research Center is attempting to keep track of what data is still being updated. The Census Bureau and the Bureau of Economic Analysis, for example, are both shut down, while the Bureau of Labor Statistics and the Bureau of Transportation Statistics are still providing updates.

The status of other data (and open data) repositories besides Data.gov is also inconsistent. PubMed Central is still operational, as is NASA’s Data Portal. But others such as the USAID Development Data Library (DDL) are offline.

The long-term effects of the shutdown on data science are hard to predict. As the blog Data Science Mojo cheekily points out, “Despite our proficiency with predictive models and autonomous programs, the impact this will have on industry is largely unknown to data scientists. Regardless of when these services may resume, perhaps this event may support an increase in the privatization of data catalogs, or more dependence on research and reporting from NGOs.” 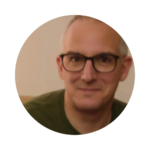 Eric Hinsdale is a Knowledge Management Consultant for FireOak Strategies. Eric can be reached at eric.hinsdale@fireoakstrategies.com. Follow Eric on twitter at @EricHinsdale.